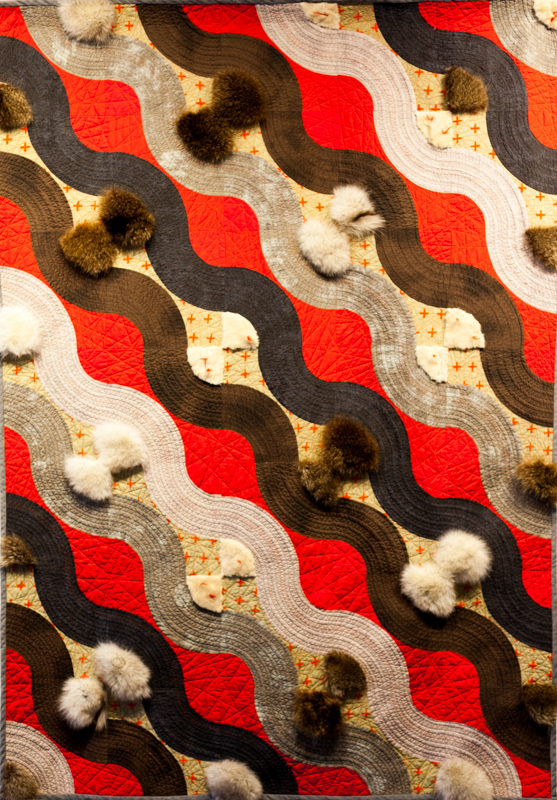 In the United States, the roadkill bingo is a macabre game in which you have to look for roadkill as well as certain road artifacts. Like the famous lotto game, the goal is to complete your card first. Roadkill bingo cards are available online or through souvenir stores. It’s a safe bet that some people actually play the game despite the lack of (oh! relief) prizes and jackpots at the end of the game.

The Roadkill Bingo quilt is shaped like a playing card with 25 numbered squares topped with the letters associated with them. Thirty squares are formed from the traditional snake trail quilt block, evoking the deadly roads, their dangers and their victims. The pieces of recovered fur close the fateful scene. I hope that beyond the playfulness of its initial form, Roadkill Bingo generates in the viewers that uneasiness that still grips me when I see animal victims of the road.

To learn more about the creation of this quilt, visit my blog.