In the United States, the roadkill bingo is a macabre game in which we must look for animal victims of the road as well as some road artifacts. Like the famous lotto game, the goal is to be the first to complete the card. Roadkill bingo cards are available online or through souvenir shops. I am pretty certain that people really do it despite the absence (oh, relief!) of prizes and jackpots at the end of the game.

The Roadkill Bingo quilt takes the form of the game card with its 25 numbered boxes surmounted by their associated letters. Thirty boxes that are here formed from the « snake trail » traditional quilt block, evoking the murderous roads, their dangers and their victims. Recovered pieces of fur come to close the fatal scene. I hope that beyond the playful form it offers at first sight, Roadkill Bingo generates among observers the discomfort that still takes me when I see roadkills.

For as long as I remember, I suffer singularly at the sight of these animal victims spreaded on the road as indecent fur and feathers martyrs. From the frog on the ground to the lying bear, from the turkey struck in flight to the smashed deer, all give me the discomfort of desolation; even parched snakes and putrefied muskrats make me sad in their funeste parade. So many violent fates which reminds me that I am just as much a hangman as a victim. As if I bore the burden of collective carelessness in the face of the mortal dangers we impose on those innocent animals to whom we can not teach prudence.

Some artists, including Montreal’s Kate Puxley and Adam Morigan from Britain, seem to share my bitterness and I invite you to discover their work. However, I have long been looking for a very personal way to transcend this discomfort and share my distress. The solution came out recently with Roadkill Bingo, my newest contemporary quilt. 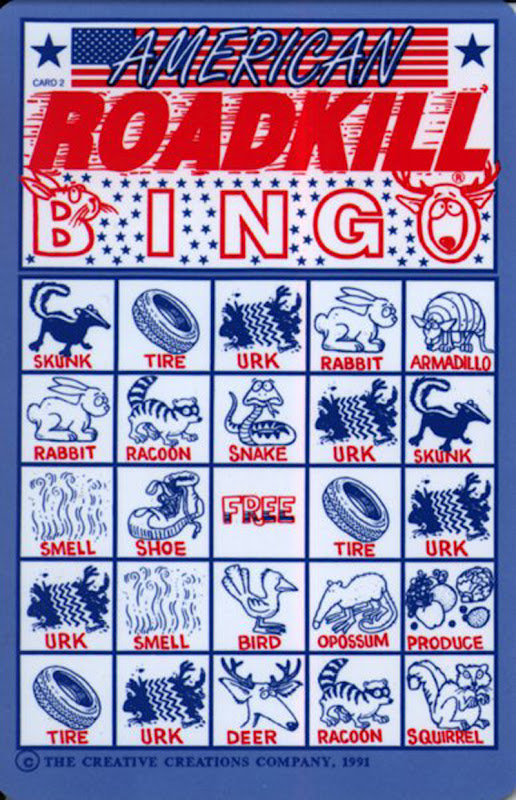 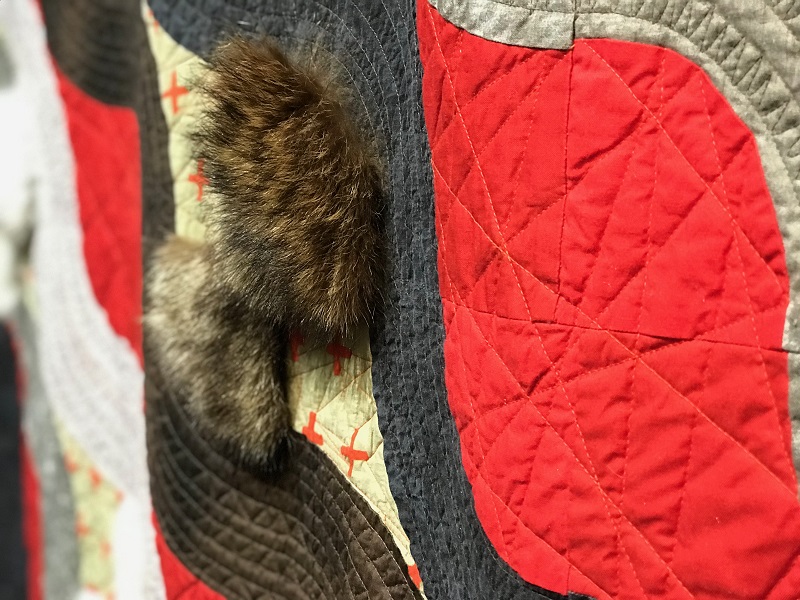 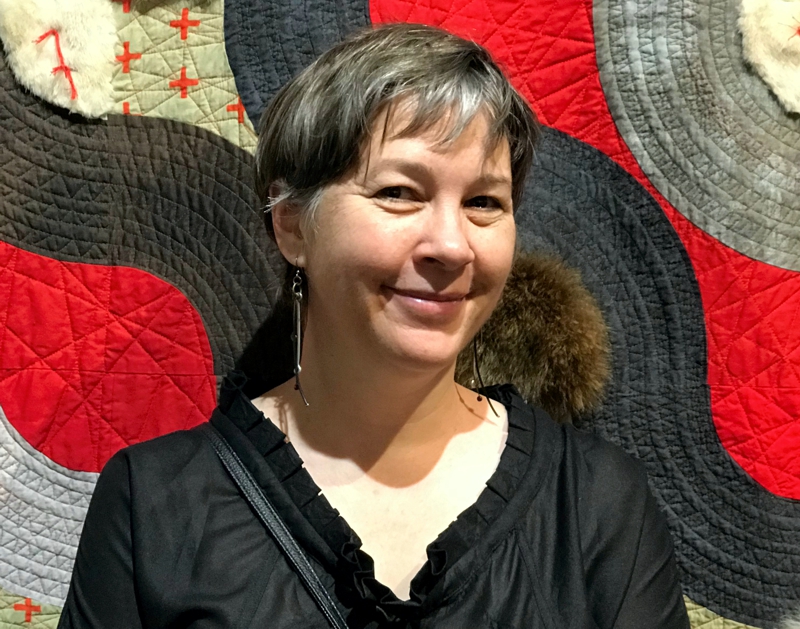